Peanut oil is an excellent product to be used for many culinary preparations, especially sweet ones.

Obtained by pressing peanut seeds, this oil of vegetable origin has a composition that makes it very similar to olive oil.

Its taste, as opposed to the well-known and common olive oil, is more delicate and for this reason, peanut oil is mainly used in sweets, but also in fried preparations (often combined to other oil), in the preparation of mayonnaise.

Thanks to its beneficial properties this oil is also used in cosmetic products for pharmaceutical purposes.

Its properties and characteristics make peanut oil a perfect solution for the preparation of many culinary recipes, as well as for the formulation of beauty and pharmaceutical products.

Its consistency and taste make it mainly suited for sweet preparations, such as those which include frying foods.

Moreover, it contains many nutrients which make this oil healthier than others, among them vitamins E and K, phytosterols and resveratrol.

Peanut oil is an oil of vegetable origin rich in beneficial properties and interesting characteristics that make it an oil widely used not only in cooking, but also at a pharmaceutical level.

Here is its structure: it contains

How to use peanut oil

Peanut oil has a good smoke point (180°), equivalent to the temperature beyond which oil degrades producing substances potentially toxic for the body.

For this reason, it is effectively used in cooking for many culinary preparations which include frying, in particular in sweets.

However, it is also excellent for the preparation of mayonnaise and margarine, cakes etc.

For pharmaceutical use it becomes the main ingredient of products for massages. Its properties make it effective against arthritis and joint pains.

In cosmetics, instead, it is useful for the beauty and health of hair. Shampoos based on peanut oil better moisturize hair, favor cellular renewal, fight the formation of split ends and dandruff.

Peanut oil: how to substitute it in cooking

When peanut oil is gone, there’s no need to pull your hair out. If you need to make some special dessert or wanted to use it for lighter frying, here are all its “up to the task” substitutes.

Most of the time, in fact, it is combined with traditional olive oil, sunflower seeds oil, or corn oil, even though these last two oils are not particularly suited for frying.

When frying temperatures are very high and in order to avoid the oil used to release toxic substances it must have a good smoke point.

The oil with a good smoke point, similar to peanut oil, is olive oil. (not extra virgin). A low smoke point leads to deterioration of the oil and loss of its properties.

In sweet preparations, peanut oil is used to make preparations lighter, especially where it is used for fried desserts.

In these cases (but also in fried desserts) it can be substituted by different alternatives.

It has organoleptic characteristics similar to peanut oil. Obtained from the fruits of the olive tree, it has a fluid appearance, a characteristic scent and a color ranging from golden yellow to green. It contains oleic acid, monounsaturated fatty acids, antioxidants.

Like peanut oil it has a high smoke point which makes it suitable for frying (as a substitute or in combination with peanut oil).

Olive oil also has emollient and nourishing properties for the skin, for this reason, it is used in many cosmetic preparations.

The smoke point of extra virgin olive oil is 210°, therefore it represents a good temperature for frying.

Sunflower oil
This oil is going to replace more and more the classic olive oil, especially for frying. Its high content of oleic acid (more than that of other oils) makes it an oil resistant to high temperatures. It contains a high quantity of oleic acid, mineral salts and vitamin E, making it a healthy and nutritious oil.

Besides being used for frying, sunflower oil is also used for emulsions, mayonnaise and sweets.

Corn Oil
Extracted from corn caryopses, its yield is not very high. Composed of free fatty acids, but also vitamin E which has important antioxidant properties.

Its smoke point is about 160°, not very high but capable of withstanding light frying. Despite this, its main use is cold, to dress salads or at table.

Compared to peanut oil, corn oil has an even more neutral and delicate taste.

Palm oil is derived from the seeds of the palm plant. It is a saturated, non-hydrogenated vegetable oil. Unlike the other oils used in cooking, palm oil contains fats of animal origin, not really healthy for the body.

Its use in many confectionery preparations is well known, however lately it is slowly being replaced by other healthier oils. 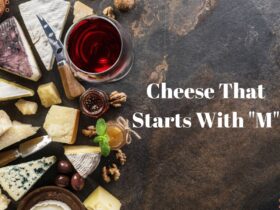